What are the Benefits of Smart Home Touch Control Panels and Remotes?

It’s hard to believe, but there was supposedly a time when Steve Jobs was not keen on the idea of allowing third-party apps to run on the iPhone. Obviously, he ended up warming to the idea. These days, the phrase “there’s an app” for that — first coined in a 2009 Apple TV commercial — has become true for a myriad of things. One of those things is the control of smart devices.

While not yet as popular and as ubiquitous as mobile devices like iPhones and iPads, smart home technology is gaining ground and becoming more mainstream every day. Smart lights, thermostats, and cameras are no longer only seen in the homes of the rich and famous. You and your neighbors probably have a smart device or three in your house right now.

Where It All Began 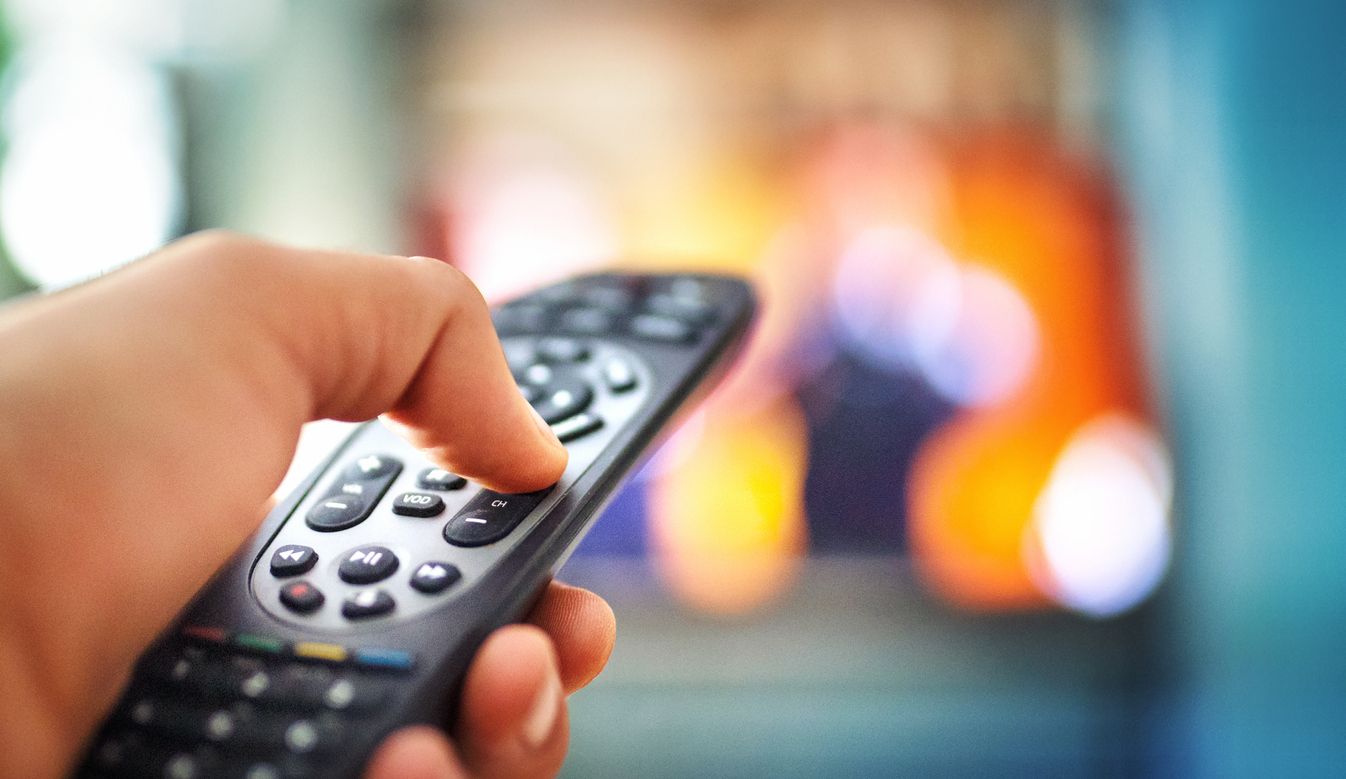 Many of the smart home manufacturers that have been in the game for a while started, at least to some degree, with a more modest aim than automating your home. They started by making it easier to operate your TV and all the various devices that you had plugged into it. Essentially, they started with creating a universal remote.

As technology advanced, broadcast television was no longer the only thing to watch on your fancy color TV. We added cable boxes, VCRs, Ataris, surround receivers, and more. Each one of those devices generally came with its own remote control. Simplicity gave way to a plethora of button-filled devices strewn across the coffee table, challenging you to decode the correct sequence of button presses to turn on the nightly news.

Universal remotes fixed all that. That original mess of remotes got shoved in a drawer, replaced by a simple and intuitive device that only required a single button press to bring everything to life. It wasn’t long before people started wondering… what else could we control with this thing? 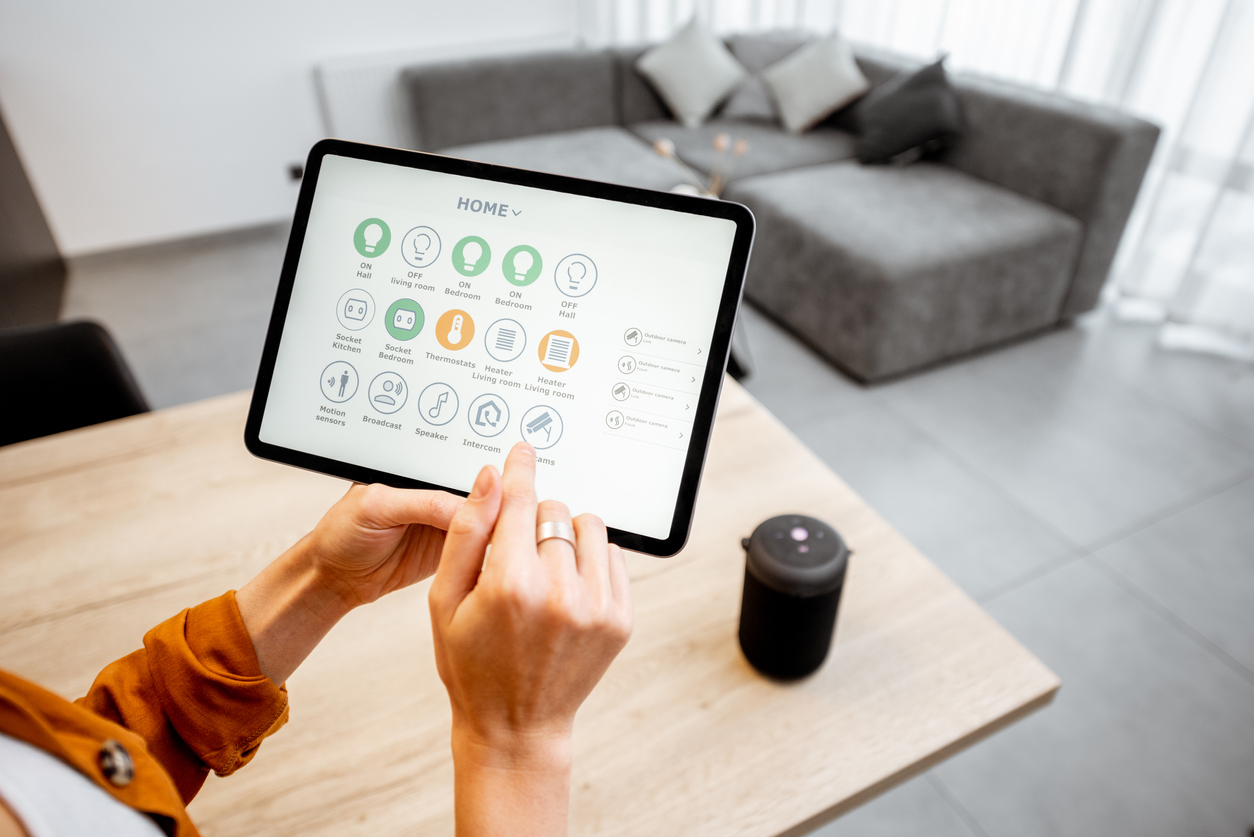 Smart home manufacturers expanded past the media room to control lighting, shades, security, HVAC and more. Universal remotes were joined by proprietary touch screen panels, some in-wall and some wireless, to simplify the operation of these increasingly sophisticated systems. Touch screen technology was pretty new. It was also pretty expensive which contributed to making the smart home a strictly luxury product.

The release of the iPhone, and later the iPad, brought the price of touch screen devices way down. Smart home manufacturers started to look at how they could leverage these mobile devices to enhance their own offerings. They released apps that would allow a client’s iDevice (and later Android devices as well) to communicate with their smart home devices. Since these devices were mobile, they added the benefit of allowing people to control their system even when they weren’t home.

In some cases, people decided not to invest in an integrated smart home system at all since so many devices like smart bulbs and smart thermostats had their own apps. For each “smart” device you bought, there was an app to control it. But the more devices that got added, the more apps you had to download to control them. Your iPad essentially became a digital version of that old coffee table littered with different apps instead of remote controls. 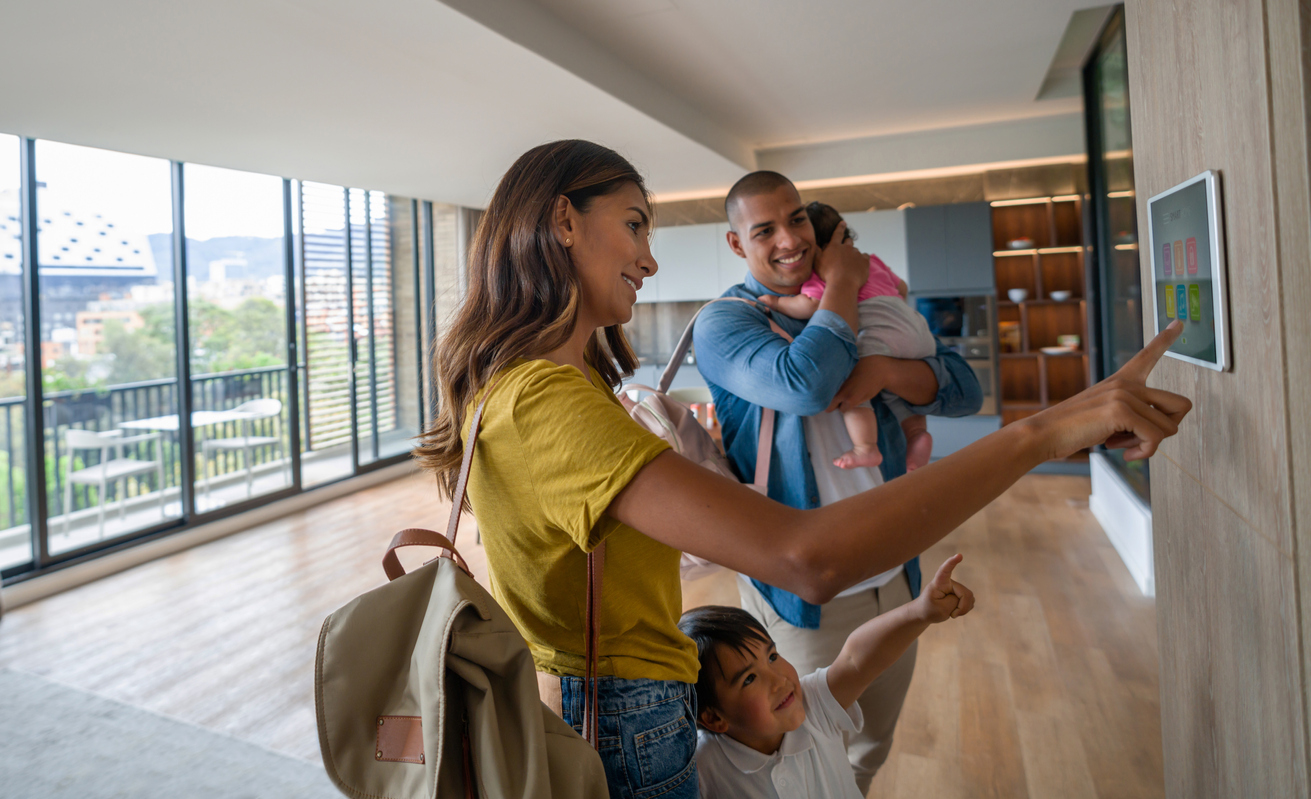 Everyone these days has a mobile device that they’re accustomed to using for just about everything (email, internet, reading, checking the weather, starting the car, etc.) so it’s not uncommon for a person outfitting their smart home to say, “I’ll just use my phone to control the system”. While that’s certainly an option, there are a few reasons to consider having a few dedicated devices (touchscreens, remote controls, keypads, etc.) for operating your system.

Call or Visit Us

For a smart home that actually feels smart, your best bet is to invest in an integrated system dedicated to making your life easier and to use dedicated smart home remotes and touchscreen, with your mobile devices layered in as a secondary or off-site solution. Our team at Audio Integrators can guide you through the options and tailor a solution that’s perfectly fit for your goals and budget.

What Network Requirements Do You Need for Your Smart Home?
What Is Human-Centric Lighting and How Can It Benefit You?
Voice Assistants: How to Protect Your Security & Control Whose Listening
5 Cool Things You Didn't Know Your Smartwatch Could Control in Your Smart Home
5 Reasons to Hire an Integrator for Your Dedicated Home Theater [+1 Bonus!]